In 1893 George Emerson Bean settled near the North Point of the island with his family. In 1898 when George Bean died his estate passed on to his son George "Will" Wilhelm Bean. Will then began working with Charles Roser, a St. Pete local who had invented the Fig Newton cookie and sold it to Nabisco. Using the money he made from the sale Charles helped invest in the construction of various parts of the city of Anna Maria. Together Will and Charles formed the Anna Maria Beach Development Company in 1911. The association built homes, laid sidewalks and streets, as well as built houses for the small community. 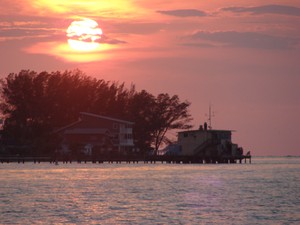 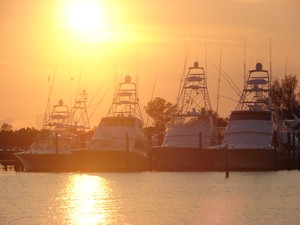 The name Anna Maria has many different stories on how it was given to the area- one being that the name was given for Mary, the Mother of Christ, and her mother, Ann. The second story states that the name came from one of the early Spanish explorers and that he named the area after his mother, Anna Maria. The third story is that the mayor of Tampa, Madison Post, wanted to name the area after his wife, Maria; however, she wanted to include their daughter's name, Anna. Thus forming Anna Maria.

From White Ave to North Shore Drive, the very tip of the island called “Bean Point”, resides the City of Anna Maria. Bean Point is at the very end of Anna Maria and is home to clear, sparkling water and luscious white sand. This location is chosen by many to be home or a home away from home solely for the island feel and carefree attitude of those who allow themselves to relax while visiting. It has a contagious way of making you feel welcome and happy as soon as the sunshine hits your face and its local beauty hits your heart. 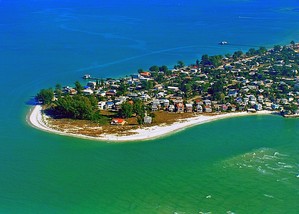 In Anna Maria, there are networks of intricate canals that flow through the city. Along their banks sit a beautiful array of homes to visit or buy. Pine Avenue is a must see destination filled with great souvenir shops, ice cream, and other various shops. Both the Anna Maria City Pier and The Rod & Reel Pier house a restaurant floating on the bay. Each offers a place to fish and somewhere to catch a great meal. A free trolley runs up and down Gulf Drive to the Pier which is a sure hit with the kids! In addition, flip-flops are always welcome in all the stores and restaurants. Let’s not forget the beaches! Anna Maria’s beaches are filled with sugar soft sand; a perfect place to relax, build a sand castle or catch a spectacular sunset.

Any island photographer will tell you that you will never get tired of the sunset from our shores or waters. The sun never gets tired of painting our sky and waters with vibrant and robust color schemes; no two evenings appear the same. Whether you are vacationing or living here, take every opportunity to find yourself at the edge of the water whenever possible.

Homes for sale in Anna Maria ( low to high )

Classic cozy cottage on the northern end of the Anna Maria. Here you get that Small town feel only 2 houses from the white powder beaches of AMI. Welcome to the AMI Cot...

Classic Florida Cottage in the City of Anna Maria! Steps to the Gulf of Mexico this king bed studio with fully equipped kitchen and oversized covered porch grosses over ...

Million dollar views, spectacular AMI sunsets and fantastic nature watching is what you will encounter with this adorable turnkey furnished waterfront 2BR/1BA condo, that...

One of the few vacant lots on Anna Maria Island. Surrounded by single family homes on all sides and ready for you to own your island piece of paradise! Anna Maria Islan...

Be whisked away to an Old Florida beach cottage experience! An Island vacation favorite, Anna Maria Beach Cottages preserves the charm of yesterday alongside modern conve...

In the heart of The City of Anna Maria directly on historic Pine Ave just 2 blocks to the beach! This 3 bedroom 2 Bath property is a wonderful island getaway and rental i...

Quaint and adorable describes this little gem in the heart of the City of Anna Maria. If you have been looking for that charming beach cottage on the north end of Anna M...

Welcome to “New Found Land”. Youare looking at a sprawling ground level home, located at the end of cozy quiet waterfront cul-de-sac on the north end of Anna Maria Island...

Location, location, location… Ground level home West of Gulf Drive just a few homes from the Gulf of Mexico and beautiful beaches on Anna Maria Island. The home has 3 bed...

Turnkey furnished and ready for its new owner!! If you wanted the chance to purchase this home here it is! Spring Haven is an amazing luxury coastal home on one of the be...

Villa Maria is a gorgeous newly renovated 3 bedroom, 2.5 bathroom beach cottage located in Anna Maria. Only 2 blocks away from the Gulf of Mexico Beaches! There is so muc...

Location, location, location! Step into this lovingly maintained duplex that is just steps away from the sugar white sands of Bean Point and the Rod & Reel pier. The home...

More photos coming soon! This gorgeous 4 bedroom, 3 bath home is located in one of the prime neighborhoods near the North End of Anna Maria Island. NEWLY refreshed with ...

Outstanding Beach Living! This idyllic island-inspired beach home is surrounded by lush landscaping and a tropical backyard oasis. It is beautifully laid out with 3 bedr...

Full of Florida Charm and Recently Restored. Welcome to Buttonwood Cottage situated in the heart of Anna Maria Island on the Famous Pine Avenue. Every corner of this gorg...

Welcome to "Absolute Paradise" at 217 Magnolia Ave! This wonderful property that features 5 Bedrooms and 4 Bathrooms, a private tropical pool and spa, covered patio and m...

Welcome to AMI Oasis A spectacular 4 bedroom, 4..5 home located in the most desired area of the North End of Anna Maria Island. The location has the best of both worlds o...

AMAZING ISLAND HOME IN THE HEART OF ANNA MARIA. THIS IS A CUSTOM BUILT 2000 SQUARE FOOT 5 BEDROOM, 3 AND ONE HALF BATH WITH HIGH END FINISHES. THIS HOME IS ONLY A BLOCK ...

Gorgeous and spacious is this 4 Bedroom/3 Bath Home in a very desirable north-end location, just steps to the Historic Pine Avenue District and all of its great shops, ea...

UNIQUE is truly the right word for this one-of-a-kind estate sized property of 13,200 sq ft, located on the most highly desirable very North end of the ISLAND PARADISE O...

Looking for a relaxing island retreat just steps to the soft white sand and turquoise waters on the north end of Anna Maria Island? Look no further for your perfect sec...

ANNA MARIA ISLAND’S BEAN POINT + FABULOUS HOME + ROOF TOP DECK = Memories of a LIFETIME….Only a few homes can truly say they are steps to BEAN POINT where from morning to...

Unbelievable views!! This newly renovated home in Anna Maria Island does not disappoint. With unobstructed views of the Skyway Bridge into Tampa Bay and a beautifully la...

Stunning 7 Bedroom/4.5 bath home located in the heart of Anna Maria Island is being sold with a Bert Harris Award allowing 16 guests. Only 2 blocks from the beach, two st...

~~~READY FOR THE BEACH?~~~ 100 Block of Gulf, 1 minute walk and no streets to cross to get to the sugary sands of the Gulf of Mexico, one of the most beautiful streets on...

“Casa Mariposa” is only 4 houses away from the gorgeous Gulf of Mexico beaches! Also known as “The Secret Garden” you will find yourself surrounded by lush landscaping...

Tropicottage is stunningly located right on the beach with sunrise views over Tampa Bay, this is one of the most unique and breathtaking locations on Anna Maria Island. N...

LUXURY COASTAL LIVING AT IT'S FINEST! This one of a kind EMILY ANNE SMITH designed home on the best street in Anna Maria, is ideally situated one house from the MOST stu...

Pre-Construction. To be built. THIS IS THE ONE! Imagine walking out your front door heading the towards the sugary sands of Anna Maria and only being 100 steps from the s...